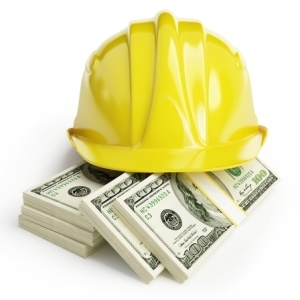 Carlos Moncayo, 22, died seven years ago at a Manhattan construction site. A bill on Gov. Kathy Hochul’s desk aims to make conditions safer for workers like him.

Carlos Moncayo was just 22 when he was crushed to death by thousands of pounds of dirt at a construction site in Manhattan’s meatpacking district.

More than seven years later, a construction safety bill named after him could become law, if Gov. Kathy Hochul chooses to sign it. The legislation, known as Carlos’s Law, would dramatically raise the fines faced by corporations for construction accidents that result in criminal convictions.

While the bill passed both houses of the State Legislature on the final day of the session last month, Ms. Hochul’s office has said only that she was reviewing it.

Prosecutions for injuries or deaths on construction sites are exceedingly rare nationwide, but the Moncayo case was an exception. The Manhattan district attorney’s office pursued charges, and the general contractor, Harco Construction, was found guilty of manslaughter, criminally negligent homicide and reckless endangerment.

The company was ultimately sentenced to pay just $10,000 because of state-imposed limits on corporate penalties. The district attorney at the time, Cyrus R. Vance Jr., denounced the outcome, saying the fine was merely “Monopoly money” for the company.

Supporters of Carlos’s Law say that the specter of much higher fines in such cases would deter contractors from cutting corners on safety, sometimes with perilous consequences.

The city’s Department of Buildings has recorded 84 construction-related fatalities since 2015. Statistics shows that deaths are more likely at nonunion sites, where workers may face pressure to comply with unreasonable demands.

Diana Florence, who served as the lead prosecutor on Mr. Moncayo’s case, said in an interview that many construction injuries and even deaths are not properly investigated from the outset.

But the Moncayo case hinged on a coincidence: A police supervisor who responded to the scene had once worked in construction, and he immediately recognized that the pit that Mr. Moncayo was working in was not reinforced, as it should have been.

“He realized that the trench was basically a ticking time bomb,” Ms. Florence said.

Prosecutors would later argue that supervisors had ordered Mr. Moncayo, who was undocumented and did not belong to a union, to go into the pit despite the danger, because the project was behind schedule.

The site they were working on, near the High Line, had once been the restaurant Pastis and was being turned into a Restoration Hardware store.

The case spurred a yearslong effort to increase the fines in such cases and to expand liability so that companies can be held responsible for the actions of a greater range of employees.

Carlos’s Law was first introduced in 2017 and passed the State Assembly that year, but was held up in the State Senate by opposition from Republicans and the real estate industry.

This year, though, there was a breakthrough. The Mason Tenders’ District Council, an alliance of construction laborers’ unions and a major force behind the bill, reached agreement in May with the Real Estate Board of New York on adjustments to the legislation, including changes to provisions affecting supervisors and foremen.

The version that passed allows the courts to decide restitution without a cap and raises minimum fines to $500,000 for felonies and $300,000 for misdemeanors in cases involving injuries or deaths.

“We think that’s going to catch the attention of the rogue developers and contractors that put their workers’ lives at risk in the pursuit of profit,” said Mike Hellstrom, business manager for the mason tenders.

In a joint statement after the bill’s passage, Mr. Hellstrom and James Whelan, the president of the Real Estate Board, said they had “every intention of building on the partnership between our organizations that contributed to this legislative achievement.”

Ms. Hochul is up for election in November and enjoys strong support from organized labor, leading supporters of Carlos’s Law to believe that she will sign it into law soon. The deadline to act on any of the more than 1,000 bills that passed both chambers during the last session is the end of the year.

Collecting comprehensive data on criminal cases stemming from workplace injuries and deaths is complicated. Federal regulators occasionally refer cases to the Justice Department for prosecutions but must meet a high bar of evidence for “willful violations” that cause the death of an employee.

State and local prosecutors may bring charges, as they did in the Moncayo case. In fact, months after Mr. Moncayo’s death, the Manhattan district attorney’s office and several other agencies, including the city Department of Investigation, announced the creation of a Construction Fraud Task Force to focus on misconduct amid a boom in new construction.

“Corporations must be held accountable when a worker is injured or killed due to unsafe conditions,” Mr. Bragg said in a statement.

The fines in question are separate from those imposed by the federal Occupational Safety and Health Administration or local agencies for violations at work sites.

The New York Committee for Occupational Safety and Health, an advocacy group that pushed for the bill, has called for other prosecutors across the state to follow the lead of the Manhattan district attorney’s office and be more proactive on prosecuting such cases.

Supporters of Carlos’s Law, including NYCOSH, say that even if prosecutions remain the exception, the law would restrain unscrupulous builders, by raising the costs associated with worker injuries.

“We want cases of Carlos’s Law to be rare because we want employers to be responsible and to follow every applicable safety and health standard and not put workers’ lives in danger,” said Charlene Obernauer, the group’s executive director.

“The risk of having to pay a substantial fine, a minimum of $500,000 under this new law, will finally hold developers and construction companies accountable and incentivize them to uphold health and safety standards,” she said.

Rodneyse Bichotte Hermelyn, who sponsored the bill in the Assembly alongside James Sanders Jr. in the Senate, said that the issue was personal for her. About 25 years ago, her brother Wagner fell off a scaffold while on a construction job and was left permanently disabled.

She now represents the Flatbush section of Brooklyn and counts among her constituents many undocumented immigrants from the Caribbean and from countries in Africa who work in construction.

“You have a lot of construction firms that take advantage of immigrant workers, pay low, do not train them, do not provide a safe area for them to work because they don’t value their lives,” she said. “They know that these immigrants do not have the resources to pursue a lawsuit or claim, so they take advantage.”

Before putting in her vote for the bill, State Senator Jessica Ramos read the names of workers who had died in New York since Mr. Moncayo, noting that most of them were Latino, and many were her neighbors in Queens.

“It is going to be lifesaving for families in my district,” she said of the bill.

Francisco Moya, now a member of the City Council representing roughly the same area of Queens as Ms. Ramos, helped write the bill when he was in the Assembly.

He also felt a personal connection to the Moncayo case. He and Mr. Moncayo shared Ecuadorean roots and lived just blocks away from one another.

“This is a victory in the fight to make sure that every construction worker that leaves their house in the morning for work is alive to make it home for dinner,” he said.