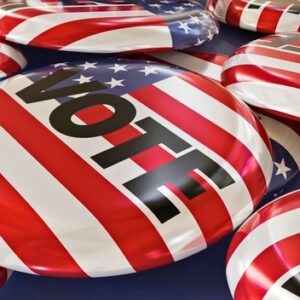 Both Democrats and Republicans would love to give Minnesotans a tax cut.

It is, after all, an election year.

And both parties would very much like to say they’re doing their part to fight crime and improve the sense of security and trust in high-crime communities.

We are, after all, in a moment when fears of violent crime are high, and the two-year anniversary of George Floyd’s murder has just been marked.

Instead, it looks like we’ll have to settle for finger-pointing and negative campaign rhetoric.

Minnesota politics now enters its next phase: the extended election season. And it’s starting while there’s unfinished business at the state Capitol — and no clear answer whether it will get finished.

Last week, lawmakers adjourned without finishing work that leaders of both parties had agreed to get done, including tax breaks and law enforcement investments. And while there’s a possibility they will return to complete their task, nothing of note has happened in the week since.

That’s especially frustrating for many lawmakers — and taxpayers — because it wasn’t like they were arguing about cutting services. There’s more extra money pouring into state accounts — in excess of $9 billion — than the state has ever had before.

There’s little doubt the election season will surge ahead, with campaigns gearing up throughout the summer, starting on social media and shifting to campaign fliers, TV ads and door knocking.

The state parties have endorsed their candidates. Tuesday is the last day to file for office. The races are just about set.

Candidates for a bevvy of other races, from attorney general to congress to every seat in the state House and Senate, have also filed their papers or are about to. Same for candidates for many county, city and school board offices.

For some races, an Aug. 9 primary will determine which candidate will advance to the general election on Nov. 8. For many races, the primary will be a formality.

The landscape is also set: In Minnesota, no one knows which party — if either — will control the agenda, which could range from tax policy to abortion rights, from education spending to environmental regulations.

We’re a purple state to begin with: Statewide, Minnesota has leaned blue for years, but the Legislature is currently split, and history and recent polling suggest that President Joe Biden’s sagging approval ratings amid economic uncertainty could benefit Republicans.

We’re in that once-a-decade moment when every statewide Minnesota elected position, every U.S. House seat, every state legislative seat and nearly every other county and local seat based on redrawn geographical boundaries will be up for election. The process always happens the first election after the U.S. census.

In the Legislature, the mass election also comes with a wave of mass retirements, meaning that many seats held by longtime incumbents might be in play. In all, 51 lawmakers — about 1 in 5 — are set to vacate their seats by retiring or seeking other office.

But what can candidates, both newcomers and incumbents, run on?

Accomplishments were limited this session, and strategists from both parties are honing their messages. And many of them aren’t upbeat.

TAX BREAKS AND OTHER PRESENTS

Before the final week of session, Walz, House Majority Leader Ryan Winkler and Senate Majority Leader Jeremy Miller appeared triumphantly in front of the Capitol to announce they had reached a deal for that state surplus: $4 billion in tax breaks and $4 billion in new spending. Additionally, an anticipated $4 billion in future excess revenues would be uncommitted — either a thick safety valve or a gift to future lawmakers, depending on whether you’re an optimist or pessimist.

Things looked up even further when key Democrats and Republicans reached a deal on the tax package. It included an end to the state income tax on Social Security payments that some Minnesotans currently pay. That’s a gift for seniors, who tend to vote in high numbers. Additionally, the package contained a reduction in the first tier of income taxes. That’s a gift for everyone who pays income taxes.

But the tax plan was contingent on lawmakers reaching accords on a host of other spending plans, all of which included initiatives that elected officials can easily see as making various constituencies happy:

But they couldn’t agree on any of that.

There’s still a chance a breakthrough might emerge — if talks resume in earnest.

In the meantime, lawmakers from both parties have fallen back into a common phenomenon of Minnesota gridlock: the blame game.

And those types of messages transition seamlessly into a well-worn phenomenon of election campaigns: negative messaging.

The first waves of messages are already crafted, and according to briefings with political operatives, they’re pretty straightforward.

Expect Republicans to focus on the shaky economy and crime above all else.

It’s debatable how much influence state policy has on something like inflation, but Republicans want to underscore voters’ sense of economic insecurity, which will remind them that if you’re looking to blame one person, the man in the White House is a Democrat. It’s also a fact that Minnesota remains among high-tax-burden states, and historically, it’s been Democrats who have supported higher taxes.

As for crime, the darkest political Republican videos, which were featured by candidates vying for the state party endorsement, show flaming images of the riots that sprung out of protests over Floyd’s murder. The milder messages will feature statistics, such as high numbers of carjackings and shootings, while perhaps trying to equate all Democrats with the far-left abolish-the-police movement. Either way, the argument goes something like this: Walz failed to quell the riots fast enough, and Democratic lawmakers are more concerned with demonizing cops than stopping crime.

Democrats might see an opening to use crime to their advantage as well, based on recent developments — or lack of them — at the Capitol.

Even though it’s true that both sides are pointing fingers at the other for the failure of end-of-session talks, it’s also true that right now Democrats are the ones pleading for those talks to continue in hopes of reaching an accord that can be approved in a special session. Republicans, on the other hand, have been shrugging off the idea — although they haven’t completely closed the door on it. If Republicans don’t return to the table, Democrats might try to use that against them.

But the wider Democratic message is a descendant of their national message that was largely successful in 2020: We are the party of normalcy and sanity. Many Democratic strategists believe that Walz came through the pandemic, while not unscathed, with a basic level of trust from Minnesotans. This argument will try to tar Republicans as the party of former President Donald Trump and a mob of supporters denying that Biden won the election. In its darkest forms, videos of the Jan. 6, 2021, attack on the U.S. Capitol could be featured.