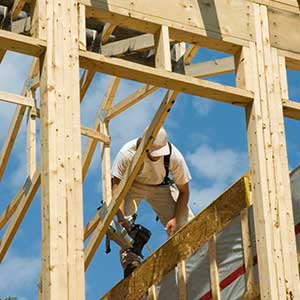 U.S. homebuilders are working through robust construction pipelines in some of the nation’s hottest housing markets. But whether current levels of new construction will remain has become a bigger question as broader economic threats loom.

Seattle-based Redfin Corp. (NASDAQ: RDFN) recently found 49 of 53 U.S. metros with more that 1 million residents issued more single-family building permits per capita in the first quarter of 2022 than they did, on average, in the decade leading up to the pandemic. Sun Belt cities like Austin, Texas; Raleigh, North Carolina; and Jacksonville, Florida, are seeing the most new-home construction occur among the nation’s largest cities.

“New construction has increased, especially in 2021, just because of how much demand there was for housing and how little inventory there was,” said Daryl Fairweather, Redfin’s chief economist. For many buyers during the pandemic, new homes have been the only option amid a highly competitive, inventory-starved national housing market.

But new housing comes at a premium compared to resale homes, with the typical newly built home nationally selling for $470,000 in Q1, a 19.2% annual increase, according to Redfin. The typical existing home sold for $403,000, a 16.7% increase.

The National Home Builders/Wells Fargo Housing Market Index, a monthly tracker of the single-family housing market informed by a survey of NAHB members, has declined for the past five months, owed to ongoing rises in construction costs, building material costs, delays and declines in housing affordability, said Robert Dietz, chief economist and senior vice president for economics and housing policy at the NAHB.

“All of those factors mean builders are increasingly concerned about the market,” Dietz said, adding there remains buyer demand because existing housing supply remains limited.

In fact, the NAHB recently found that new construction represents about one-third of all homes currently available for sale. Historically, that’s trended closer to 13%, Dietz said.

Among that 30% of available homes that are new construction, only about 10% is actually complete. The remaining 90% of that market is either being built now or is in the pipeline but hasn’t started construction yet.

Between NAHB surveys and other industry markers, Dietz said there’s a sense of growing caution in the homebuilder world. Builders, for example, are taking a second or third look at whether to take out a loan or acquire a lot these days, given current costs and economic conditions.

Charlotte, North Carolina-based Bank of America Corp. (NYSE: BAC) in a report this week found public homebuilders slowed their pace of land acquisition in Q1, with major builders’ lots, both owned and optioned, declining 0.4% from Q4 2021. Even so, lots under control among major builders increased by 21.7% annually in the first quarter.

Although slight, it was the first quarterly decline observed since Q2 2020, when the initial economic fallout from the Covid-19 pandemic was felt in the U.S.

Rafe Jadrosich, a research analyst at Bank of America Securities covering U.S. homebuilders and building products, said since the pandemic, public builders now have a much deeper supply of land control. By BofA’s measure, public builders’ supply increased to 6.7 years in Q1, compared to 5.6 years before the pandemic.

“We were definitely expecting them, at some point, to slow the pace of land acquisition,” Jadrosich said. “The quarter-over-quarter decline shows that homebuilders feel really strong about where their land positions are today.”

Right now, a lot of builders have record backlog they’re trying to work through, Jadrosich said, given the delays and challenges the industry has faced with supply-chain challenges and other material shortages. BofA analysts are predicting builders will slow their pace of land buying looking ahead, and shift excess cash flow to buybacks or to reduce debt.

Jadrosich said he thinks there’s a tremendous amount of investor focus on the capital-allocation discipline of builders as the housing market continues to slow.

“The pace over the past two years has been exceptional, and unsustainable,” he continued. “How homebuilders allocate capital going forward, into a more normalized environment, will be a very big focus for investors, particularly (because of) the past, when they have not been great at allocating capital.”

A slowing pace of land purchases suggests builders are being forward-looking and careful about capital decisions, Jadrosich said.

The cyclical nature of the housing market means, as demand pulls back, so do other things like construction starts, despite a continued deficiency in housing nationally.

The NAHB estimates the U.S. continues to face a shortage of about 1 million homes. While some housing demand is expected to be sidelined with higher mortgage rates and the threat of a recession, that demand will come back when interest rates eventually move back down, Dietz said.

A slowing market isn’t also expected to spell disaster for builders or their contracts. Fairweather said it’s unlikely new homes will fall out of contract but demand won’t be where it’s been since the pandemic.

Public builders have been shifting toward option contracts to buy land, rather than outright ownership, in recent years, a move intended to give them flexibility on whether — and when — they bring land onto their balance sheets. So far, builders haven’t walked away from options yet, Jadrosich said, because home prices have continued to keep up.

“If prices do fall, we would expect builders to walk away from some of the option contracts, but it hasn’t happened at this point,” he continued.