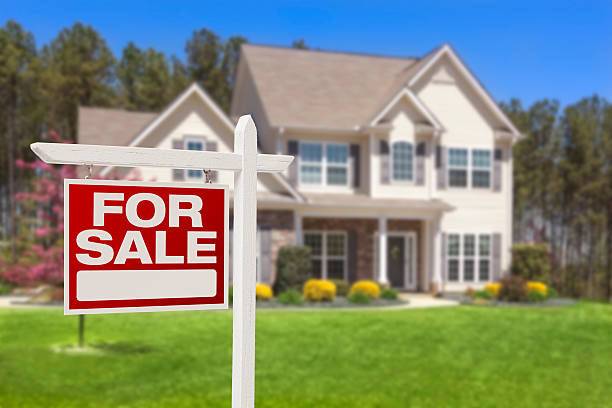 Here’s a not-so-fun fact: The monthly mortgage payment it takes to buy the typical home in the U.S. is now up by a staggering 55 percent compared with the start of last year. That’s because of the dramatic rise in mortgage rates in recent weeks on top of price gains in the hot housing market.

“It added like $700 a month in monthly payments,” he says. “I mean, a ridiculous amount just from the interest rates.” And that doesn’t even factor in the big gain in prices over the past year as he’s been trying to buy a home.

Cacciatore is a lawyer starting a family practice. His fiancé is a veterinarian. So they have good jobs and some savings.

But in this superheated housing market, they kept getting outbid. Now with the higher mortgage rates, they’re looking at smaller, less expensive condos.

Some first-time buyers are giving up completely.

“It’s pretty much gotten them out of the market,” says Gabriela Raimander, a real estate agent in St. Petersburg, Fla. She says she was just talking to a client the other day. “She told me with watery eyes,” Raimander says, ” ‘I just can’t compete in this market. My dream of owning a house will have to be postponed or shelved altogether.’ ”

If you look at interest rates alone — the 2 percent rise in interest rates we’ve seen so far adds $115 to the monthly payment for every $100,000 you borrow on a 30 year loan.

Online searches for ‘homes for sale’ is down

The price shock is already having an effect on homebuyers.

Already, online searches for homes for sale are down 10 percent year over year, according to Daryl Fairweather, chief economist at real estate brokerage firm Redfin. The number of people going to look at homes is down a bit too.

“So we’re seeing some very early signs that buyers are responding to these higher mortgage rates,” Fairweather says.

It might not be a bad thing. Finally, the overheated housing market might cool down, bringing an end to the frenzied buying and bidding wars.

A slowdown in demand could help give homebuilders time to catch up. A record low supply of homes is a big reason prices have risen so much during the COVID-19 pandemic.

“I think home price appreciation will significantly cool off,” says Fairweather. “We’re going to have a year of pretty flat home price gains in real terms.”

That’s, of course, exactly what the Federal Reserve is trying to do for the broader economy by raising interest rates. The Fed wants to cool off rising prices and inflation by making it more expensive to borrow money.

Still, it’s unclear how much higher mortgage rates are going to go. Unlike rates on credit cards or other types of loans, mortgage rates move early and dramatically in anticipation of what the market expects, for example, the Federal Reserve to do with rates and its bond purchases over the next year. So mortgages could top out around this point, or they could keep rising.

In the Seattle area, Alex Bacon is not waiting around to find out.

“We are really, really excited to move,” she says. Bacon and her husband are getting ready to sell their very small starter house, which they bought about five years ago. It was all they could afford, and it’s directly under the flight path of Seattle’s airport.

“I’m just off the end of one of the runways, so the air just smells of jet fuel,” she says. “I can’t have people over for a barbecue because every time you have a conversation, you have to pause for 30 seconds in the middle of your thought,” she says, because a 747 is roaring over her backyard.

After the pandemic, Bacon realized she can work remotely. She’s a project manager at a medical technology company. So the couple’s plan was to eventually move two hours north to a smaller, more affordable town and buy a bigger house that’s not next to an airport.

But with rates rising, they’re hurrying up. They’re packing boxes and moving as soon as they can buy that house.

“We’re starting to see rates around 5 percent, and I’m just so afraid that if they get too much higher, we won’t be able to afford the house we want up there,” she says.

Their current house has gained a lot in value the past few years, even with the airplanes.

That would be the case for anyone who already owns a home. They are in a much better situation than a first-time homebuyer, because when they sell their home, they will likely have a nice pile of money for a down payment on a new place.