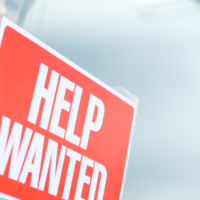 Minnesota’s labor market continued its bounceback from the pandemic, with the state adding 5,200 jobs in February.

Minnesota’s unemployment rate in February shrank to 2.7%, a level not seen since 1999 and entirely the result of people who were previously unemployed entering the workforce and finding jobs, according to figures released Thursday by the Minnesota Department of Employment and Economic Development.

That’s a signal that people who were no longer looking for jobs after being pushed out of the workforce by the pandemic’s effects are increasingly looking to come back to work.

“A lot of times during the pandemic we talked about the unemployment rate going down not necessarily being a good sign since people were leaving the labor force,” said Steve Grove, DEED’s commissioner. “The good news is these recent dips in the rate are because people are coming into the labor force.”

The increase in jobs last month comes after a gain of more than 10,000 in January, the largest jump the state had seen for months. The state has gained back nearly three-quarters of the 417,000 jobs it lost in the first few months of the pandemic, Grove said. It’s still shy about 120,000 jobs from pre-pandemic levels.

“The labor force participation rate is ticking up, finally,” said Oriane Casale, DEED’s assistant director of its Labor Market Information Office. “It seems to be kind of across the board. We’re seeing positive trends for all of the three racial groups that we track, as well as for both women and men.”

The state’s labor market remains tighter than the national level – the country’s unemployment rate was 3.8% in February.

Though the state is in its fifth-straight month of job gains, inflation is outpacing wage growth. The state’s average hourly wage of $34.65 in early 2022 increased 7% from the previous year; the inflation rate is closer to 8%, according to DEED data. The only other year in the past decade that has seen inflation higher than wage growth was 2018.

Grove said his office is hearing from employers that some are boosting wages to attract workers in the tight market, but others are offering other perks, like flexible schedules, childcare subsidies and pet insurance.

“People are getting creative and those who are doing new things are seeing new results,” Grove said.