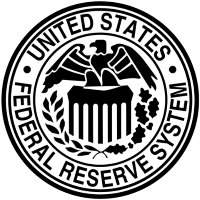 Central bankers have been clear that they will do what it takes to control inflation. They are betting on a soft landing, but a bumpy one is possible.

Jerome H. Powell, the Federal Reserve chair, emphasized this week that the central bank he leads could succeed in its quest to tame rapid inflation without causing unemployment to rise or setting off a recession. But he also acknowledged that such a benign outcome was not certain.

That “some” is worth noting: While there may be hope, there is also reason to worry, given the Fed’s track record when it is in inflation-fighting mode.

The Fed has at times managed to raise interest rates to cool down demand and weaken inflation without meaningfully harming the economy — Mr. Powell highlighted examples in 1965, 1984 and 1994. But those instances came amid much lower inflation, and without the ongoing shocks of a global pandemic and a war in Ukraine.

The part Fed officials avoid saying out loud is that the central bank’s tools work by slowing down the economy, and weakening growth always comes with a risk of overdoing it. And while the Fed ushered in its first rate increase this month, some economists — and at least one Fed official — think it was too slow to start taking its foot off the gas. Some warn that the delay increases the chance it might have to overcorrect.

The Fed has touched off recessions with past rate increases: It happened in the early 1980s, when Paul Volcker raised rates in a campaign to bring down very rapid inflation and sent unemployment rocketing painfully higher in the process.

“There is no guarantee that there will be a recession, but you have high inflation, and if you’re serious about bringing it down quickly, you have to hike a lot,” said Roberto Perli, the head of global policy at Piper Sandler, an investment bank, and a former Fed economist. “The economy doesn’t like that. I think the risk is substantial.”

It is no surprise that it can be difficult to cool down inflation while sustaining an economic expansion. Higher borrowing costs trickle through the economy by slowing the housing market, discouraging big purchases and prompting companies to cut expansion plans and hire fewer workers. That broad pullback weakens the labor market and slows wage growth, helping inflation to moderate. But the chain reaction plays out gradually, and its results can be seen only with a delay, so it is easy to lay on the brakes too hard.

Understand Inflation in the U.S.

Six of the eight Fed-rate-increase cycles since the early 1980s have ended in recession, though some of those were caused by external shocks — like the pandemic — and some by asset bubble implosions, including the 2007 housing crisis and the collapse in internet stocks in the early 2000s.

Fed officials are hoping that today’s strong economy will help them avoid a rough landing. They point to the fact that labor markets are booming and consumer demand is solid, so lifting rates and tempering voracious buying might help supply to catch up and chill the economy without giving it freezer burn. Mr. Powell has argued that with so many open jobs per unemployed worker, the Fed might be able to slow down the labor market a bit without pushing the unemployment rate up.

Loretta J. Mester, the president of the Federal Reserve Bank of Cleveland, said the Fed was not at a point where it had to decide between fighting inflation or pummeling growth.

“Given where the economy is now, and where the risks are, to my mind the major economic challenge is inflation,” Ms. Mester told reporters on a call Wednesday. “I don’t see it as being a trade-off at this point.”

James Bullard, the president of the Federal Reserve Bank of St. Louis, said in an interview that he thought the fact that the central bank had credibility as an inflation fighter — and was raising rates to defend that credibility — could allow it to adjust policy in a way that allowed demand to moderate without causing major economic disruptions.

In the 1980s, when Mr. Volcker was the Fed chair, the central bank had to convince the world that it was prepared to wrestle inflation under control after more than a decade of rapid price gains.

“Do whatever it takes — I guess that’s the mantra of the day. I do think inflation is our No. 1 concern,” Mr. Bullard said. “I don’t think, however, that it is a Volcker-like situation.”

If consumers and businesses anticipated rapid price increases year after year, that would be a troubling sign. Such expectations could become self-fulfilling if companies felt comfortable raising prices and consumers accepted those higher costs but asked for bigger paychecks to cover their rising expenses.

But after a year of rapid inflation, it is no guarantee that longer-term inflation expectations will stay in check. Keeping them under control is a big part of why the Fed is getting moving now even as a war in Ukraine stokes uncertainty. The central bank raised rates a quarter point this month and projected a series of interest rate increases to come.

While officials would usually look past a temporary pop in oil prices, like the one the conflict has spurred, concerns about expectations mean they do not have that luxury this time.

“The risk is rising that an extended period of high inflation could push longer-term expectations uncomfortably higher,” Mr. Powell said this week.

Mr. Powell signaled that the Fed might raise interest rates by half a percentage point in May and imminently begin to shrink its balance sheet of bond holdings, policies that would remove help from the U.S. economy much more rapidly than in the last economic expansion.

Some officials, including Mr. Bullard, have urged moving quickly, arguing that monetary policy is still at an emergency setting and out of line with a very strong economy.

But investors think the Fed will need to reverse course after a series of rapid rate increases. Market pricing suggests — and some researchers think — that the Fed will raise rates notably this year and early next, only to reverse some of those moves as the economy slows markedly.

“Our base case has the Fed reversing quickly enough to avoid a full-blown recession,” Krishna Guha, the head of global policy at Evercore ISI, wrote in a recent analysis. “But the probability of pulling this off is not particularly high.”

So why would the Fed put the economy at risk? Neil Shearing, the group chief economist at Capital Economics, wrote that the central bank was following the “stitch in time saves nine” approach to monetary policy.

Raising interest rates now to reduce inflation gives the central bank a shot at stabilizing the economy without having to enact an even more painful policy down the road. If the Fed dallies, and higher inflation becomes a more lasting feature of the economy, it will be even harder to stamp out.

“Delaying rate hikes due to fears about the economic spillovers from the war in Ukraine would risk inflation becoming more entrenched,” Mr. Shearing wrote in a note to clients. “Meaning more policy tightening is ultimately needed to squeeze it out of the system, and making a recession at some point in the future even more likely.”