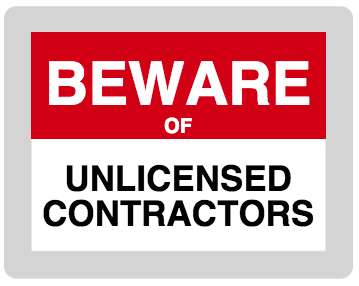 Rochester Area Builders reported that they’ve gotten more calls than ever about homeowners hiring unlicensed contractors for home renovations, and then being left with unfinished homes and emptier pockets.

Executive Director John Eischen said people have been hiring unlicensed workers for their jobs because labor shortages and supply chain issues have caused most contractors to be booked.

“Because everybody is very busy so you’re trying to get your project done, totally understand why somebody wants to get that project done. Whether it’s a graduation open house or something like that. So they’re driven to find anybody to get the work and that’s when those challenges come up,” said Eischen.

“The importance of hiring a license contractor is they have the proper insurance for one thing. And if there is a challenge sometime down the road with some work that was done, the state has a fund that’s called the Contractor Recovery Fund so every time a licensed builder reviews their license, a portion of that fee goes to that fund. So that’s accessible to homeowners that might of had a challenge with a licensed builder,” said Eischen.